Mistaking symptoms for the problem 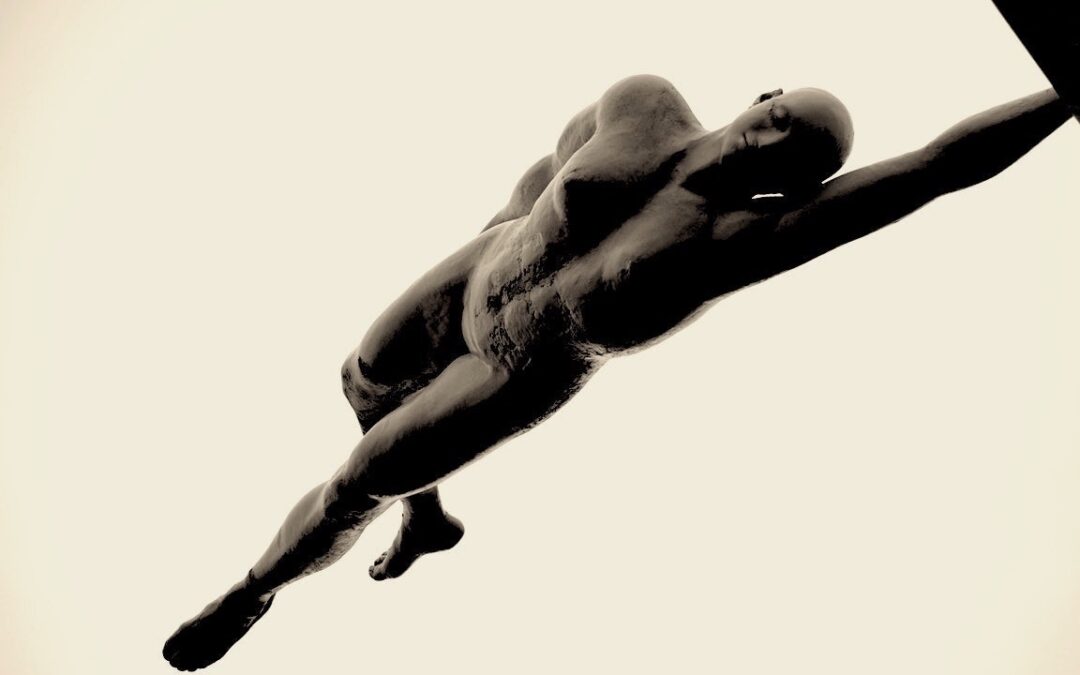 “My problem is that I get so easily distracted while working.”
“I feel anxious about meeting my friends”
“The trouble is I always feel like there is something missing in my life.”
When diagnosing difficulties in life, you can easily fall into the trap of mistaking symptoms for the problem. The trap of viewing how you feel as something “wrong” with you, rather than a natural reaction to something else. And, this can be very costly because you miss crucial information about what is really going on.

We approach the mind differently

We rarely make the same mistake with obviously physical matters. Think about how you would react to a sudden burning sensation on your arm. You would probably instinctively flinch and check to see if your skin came in contact with a hot surface. You wouldn’t start by wondering if there was something wrong with your arm’s nervous system. Only in the absence of some stimulus would you start looking for a pathological explanation. The same is true if you develop a cough. It is quite unlikely that there is a problem with your body’s cough regulation system. Cough is far more likely to be a symptom of something else— say dust inhalation or a cold.

Similar to physical sensations, our mind’s sensations— negative thoughts and painful emotions— can be symptoms too, just like a cough. As such, they are a rich source of information about what is going on in your life. Often, they are screaming at you to notice a deeper, unacknowledged problem. Yet, rather than searching for and understanding what is arousing particular feelings, you might rush to conclude that the feelings themselves are the problem!

This is part of a wider human tendency known as the Fundamental Attribution Error. It describes how we often attribute cause to personal characteristics, while ignoring the impact of situations.  So, one may think: “I am having these negative emotions and thoughts — there must be something wrong with ME”.

Mistaking symptoms for the problem because we don’t look

And, we do this sort of thing all the time. We constantly underestimate the effect of our environments on ourselves, and even more so on others. You might attribute a rude comment by a co-worker to his “mean character”, while letting yourself off-the-hook for the same behaviour because you are “just having a bad day”. While we seem more willing to account for situational forces in respect of our own behaviour, the tendency to attribute incorrectly is still strong.

This is particularly true when the real issue isn’t obvious, such that mistaking symptoms for the problem becomes all too easy. Yet, how obvious something is, very much depends on how deep you look, and we usually don’t look deep enough.

You can so easily forget to ask the all-important question: “What is going on in my life that might be causing these feelings?” In fact, it is only after considering this question in some detail that it makes sense to look for other explanations, for example looking into the past. In the same way that physical pain can have an immediate cause, psychic pain can have an immediate cause too.

What is really going on?

Let’s consider what was actually behind the difficulties we noted above.

Case 1: “My problem is that I get so easily distracted while working.”

She had no problem concentrating in other areas of her life. It turns out that she was completely uninterested in her job, but felt she had to stay in that role. Is it any surprise she was so easily distracted at work?

Case 2: “I feel anxious about meeting my friends”

She wasn’t becoming anti-social or developing an anxiety problem as she feared. She just had very different values to her so-called friends and these values would regularly come into conflict during meet-ups. Is it any surprise that she was anxious about seeing them?

Case 3: “The trouble is I always feel like there is something missing in my life.”

Well, something, or many things were actually missing! He was prioritising status and ‘success’ at the expense of family, friends, leisure and hobbies. Yet, success had not brought him any closer to being happier either. Is it any surprise he felt this way?

Like the burning sensation when your skin touches a hot surface, your feelings and emotions can be reactions to life situations whose implications you still haven’t recognised. In the above examples, certain causes — unfulfilling work, having the wrong friends, deficit of leisure and love— were like hot surfaces coming in contact with the psyche. Yet, so often we blame the arising feelings— distraction, anxiety, emptiness— mistaking the symptoms for the problem. We shoot the messenger instead of listening to the message.

Deeper beliefs behind mistaking symptoms for the problem

In all the examples above, we find an ‘external’ cause behind the difficult feelings. The messengers are pointing to problems in the environment, either to the presence of what is harmful (soul destroying work, bad friends), or the lack of fundamental needs (love and leisure). However, there is also something ‘internal’ to the individual at play here. Something from within, driving one to stay in situations that are the equivalent of holding your hand out to the fire. What is going on here?

This is the realm of deeper beliefs. Beliefs that often hide outside of conscious attention, yet influence so much of what we do. Working covertly, your deeper beliefs can trick you into mistaking symptoms for the problem. Certain beliefs may be so strong that they blind you to what your feelings and emotions are trying to reveal. Worse still, they can make you blame yourself for even having such feelings.

Part of the problem is modernity’s belief that so-called negative feelings are to be feared and avoided. So, we turn away from them and deny the truth of our inner experience. We become much more likely to shoot the messenger because there exists a cultural belief that the messenger is bad!

Not all beliefs are created equal

Particular hidden beliefs can then become sources of discontentment and tension within us. For example,  a belief that self-worth comes from status achievements might lead to relentless pursuit of career success at the cost of loneliness and discontentment (case 3).

However, our beliefs need not always be problematic, or they may be problematic, but to different degrees. Similar to feelings acting as messengers, our beliefs are very useful for navigating the world. At its core, a belief is an expectation about the truth of something. And it can be about any aspect of reality — from expecting that a falling leaf will hit the ground, to expecting that fewer status achievements will make you a lesser person.

The belief in gravity is objectively true, the belief that self-worth = status is a fiction of your own making, albeit one conditioned by personal life experiences and evolutionary predispositions.

Some situations are less clear cut. Being easily distractable while working (case 1) is symptomatic of unfulfilling work. However, the deeper belief that she couldn’t possibly leave was still pointing to very real risks. That change could lead to financial instability. Yet, her distractibility was also symptomatic of unacknowledged, inner tension.

A hidden belief around the riskiness of change was perhaps useful to prevent rash action. However, operating from the shadows, this belief was also creating confusion by denying the pain of soul-destroying work. There was an inner conflict within.

The path to creating more choice in these situations lies in very clearly seeing your reality and ALL the conflicting feelings at play. That you hate having to do unfulfilling work AND that you also fear the risk of change. Acknowledging the truth of your reality is the first step to breaking free. And, that involves not mistaking symptoms for the problem. 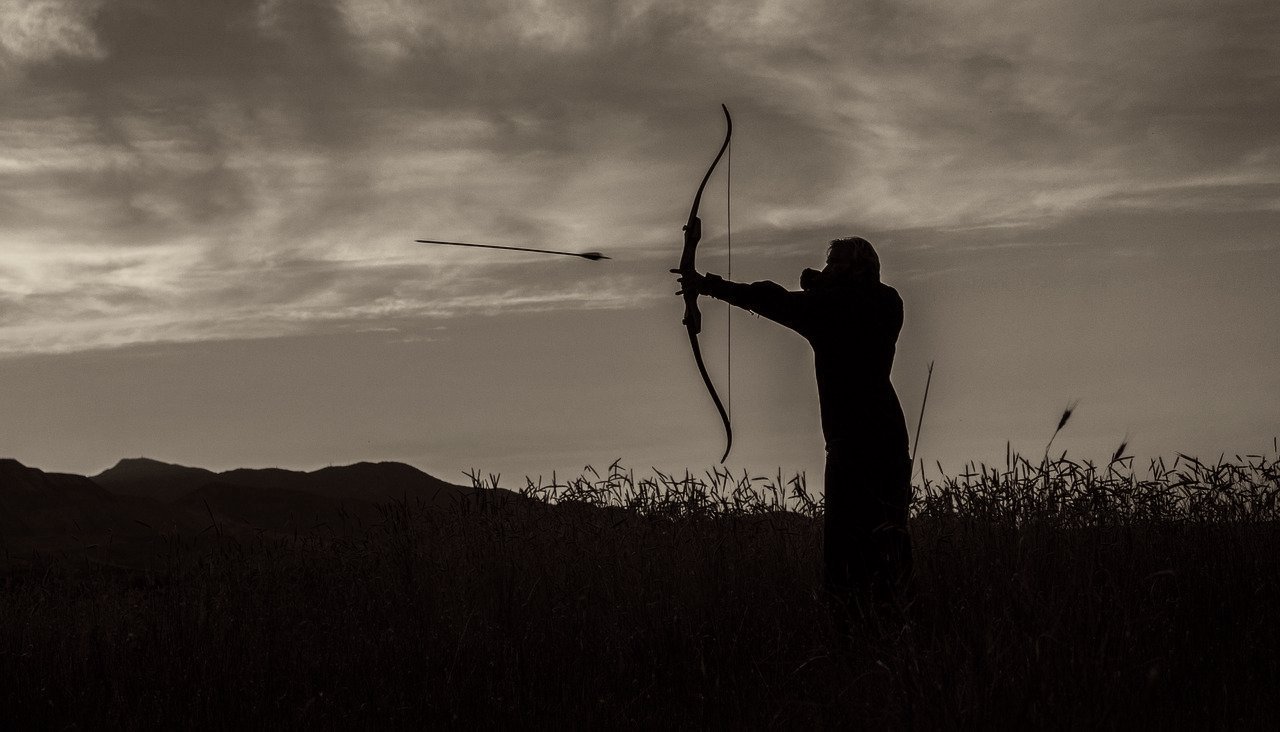 Sometimes we may deny the truth of certain feelings because we don’t really want to hear their message. Because it is perhaps too painful to look at the deeper problem that they are pointing towards. This is when looking into the past and unpacking where particular beliefs come from can be important, even if unsettling. If not, we can keep ourselves stuck in a place of inner confusion and tension.

For example, if your childhood was filled with economic insecurity due to your parents’ poor financial decisions, this could influence your relationship to soul-destroying work, or any work for that matter. Perhaps, there is a belief somewhere saying “if it pays okay, don’t risk rocking the boat”. And, unpacking this might mean looking at potentially painful memories from the past. So, you might prefer to focus on the symptom (being distractable) rather than look further. You might prefer to shoot the messenger to avoid hearing the message.

Looking into the past to understand how beliefs were conditioned can sometimes be useful for letting go of them. However, it may not be necessary or even possible to do this every time. Some things are forgotten in the very distant past or remain far too complex to attribute identifiable causes to. And, that’s fine. It may be more than enough for you to simply recognise that a certain belief exists, that it does not serve you now, and work from there.  The past is not open to us, and it may not be useful to spend time there even if it is.

Beyond mistaking symptoms for the problem

Our modern lives unfold in hugely complex ways that involve the interaction of organism and environment. This is the process of everyday living and it creates infinite thoughts, feelings, and ultimately deeper beliefs and habits that guide us. And, these beliefs and habits are not static, they are refined and revised, both consciously and unconsciously, throughout our lives.

If there is one thing that we can do to support skilful living, it’s being vigilant of mistaking symptoms for the problem. It is paying more attention to what so-called negative emotions and thoughts might be telling us. Recognising that difficult feelings offer rich information leads you to a deeper enquiry, and this in turn to uncovering the true nature of the problem.

This is the path of skilful living.