Walking without touching the ground 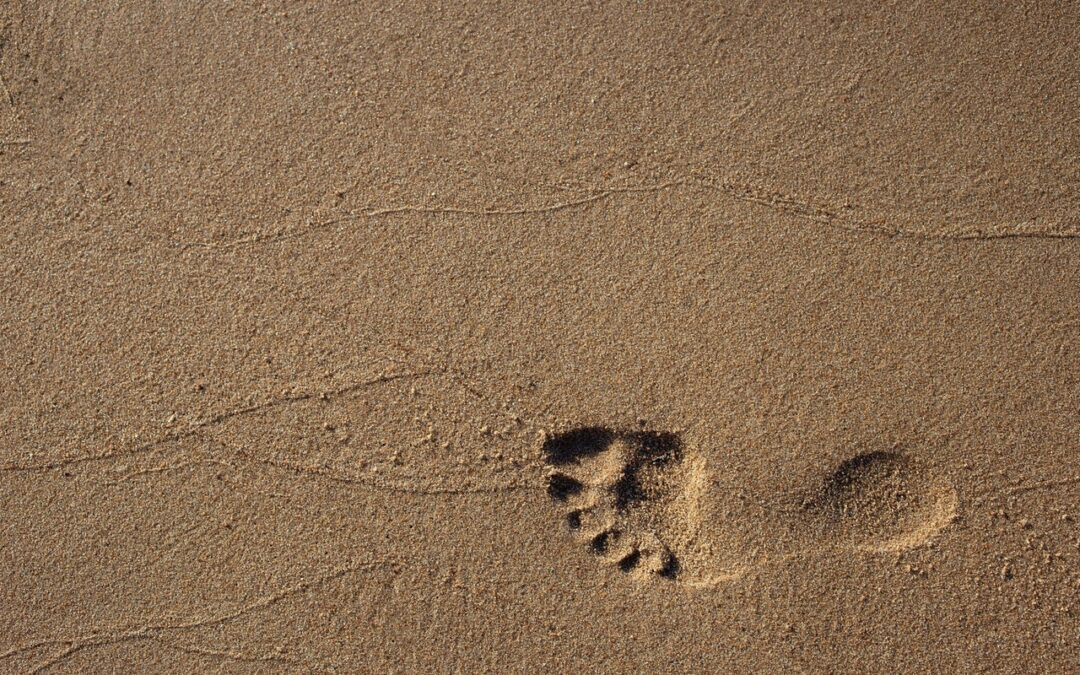 Modernity is obsessed with trying to define the good life. “What is happiness? What is meaning?  Am I living my best-life?” The hope is to come-up with a precise and easily measurable answer that we can put in a box and tie-up with a bow. Our desire for certainty is so great that we may cling to all manner of fake, pre-packaged formulas promising it. We try to push and shove our way to ‘happiness’, but usually find inner tension instead. Luckily, there is such a thing as the art of not forcing, where you don’t have to try so hard.

None of the above is surprising in a time that is hellbent on seeking a machine-like, analytical control over life. A time that believes that whatever is unmeasured, or cannot be measured, has little value. Or worse, does not exist at all. The result is a dismissive attitude towards things that we can’t really put a number on, or easily list with 3 bullet points. And, we are often unaware that we approach life this way because it has become a cultural norm. Because modernity has fetishized the control it believes comes from strictly measuring everything.

While the desire for measurable control may have snowballed in recent times, the basic tendency to do so is quite natural to the human mind. To want to control and force things is born of our complex mental capabilities. Of our ability to reflect on and categorise the world, to plan and look to the future. And, this is the source of both our immense creativity and our existential angst. For, while we enjoy the fruits of our labour, at some level we also fear their loss and destruction. Seeds of doubt and anxiety about the future may then sprout at any moment. And, because of our ability to foresee and plan for different possibilities, we cannot help but try to constantly control happenings. To take action through which we seek greater certainty.

A subtlety with huge implications

So, the general tendency of the mind is to want to do more to achieve a desired result. To push, strive and force in search of better. Often, simply taking some action, any action, makes us feel like we are more in control. That is why we usually find ourselves adding more and doing more, rather than subtracting, or simply doing nothing. And, if doing nothing feels hard, it can be even harder to do something, but without forcing it.

The Taoist sage, Chuang Tzu (4th century BC) speaks to this difficulty when he notes that

The will to do something comes tangled-up with the tendency to force and to strive. The reflective adult mind cannot help but bring inner tension into the mix as it tries to control the outcome. For, wherever effort is directed towards an end, there is very likely to be forcing, mentally and physically. Forcing that can happen in any realm of life at any time.

Wu Wei — The art of not forcing

The ancient Taoists recognised the subtlety of this problem and developed a whole philosophy of being around it — wu wei.  Literally translated as ‘non action’, the intended meaning of wu wei is better conveyed as ‘not forcing’ or ‘action without force’. For, the legendary sages certainly did not just sit around doing nothing, though they apparently seemed quite happy to do that too!

The idea was to find a grace and effortlessness of action in all matters of life. And, water, in particular, was a favourite metaphor. Lao Tzu gives us a flavour of wu wei through his poetic verses in the Tao Te Jing:

“The highest good is like water,
for the good of water is that it nourishes everything without striving.” [8]

“The most gentle thing in the world overrides the most hard.” [43]

And, one of my favourites:

“The best soldier it not soldierly,
the best fighter is not ferocious.” [68]

You can sense the running theme here — of not trying too hard, but everything somehow falling into place! 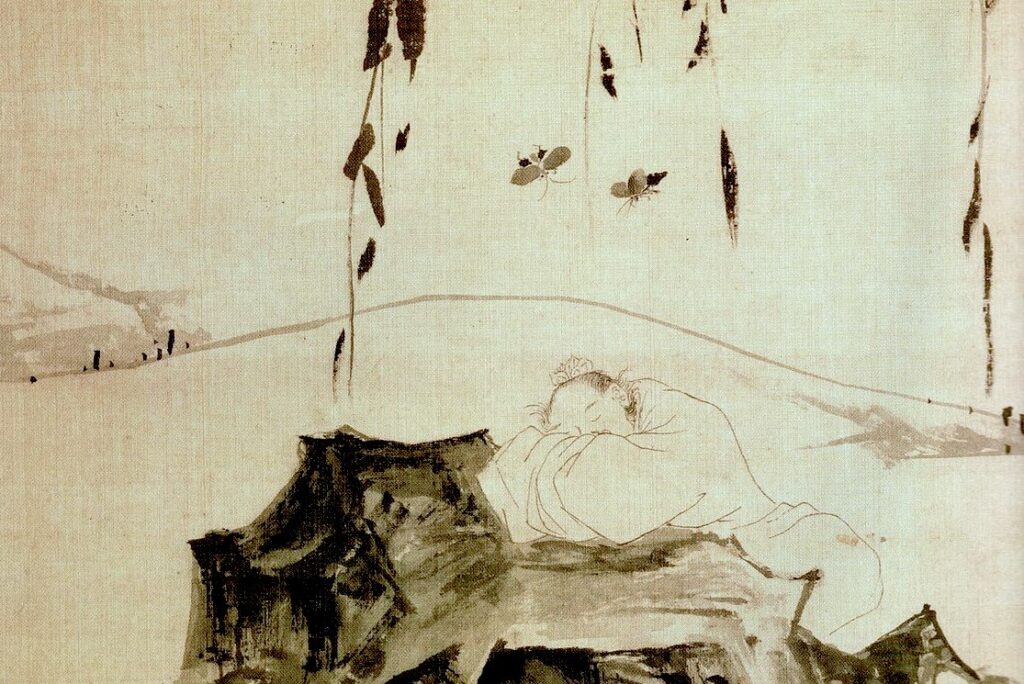 Not doing, yet doing

It is very interesting that many Taoist sages and Zen masters are known to have practised some art form — whether calligraphy, poetry, flute playing or archery. I have no doubt that they did these things for their own sake — for the sheer love of it. However, cultivating these skills would also have been an opportunity to practice wu wei. They undoubtedly offered further insights into the art of not forcing in life more generally. For, the tendency of the mind to control and force is one and the same.

The mysterious language of the ancients can sometimes be difficult to understand. The subtlety of the matter is that while there is certainly an element of ‘doing’, there is also a huge amount of ‘not-doing’. More accurately, a huge amount of you getting out of your own way during the doing! And, it is this staying-out-of-your-own-way that allows you to find the art not forcing.

In his seminal book, The Inner Game of Tennis (1974), Timothy Gallwey, offers a modern lens on the art of not forcing. He describes an inner struggle between what he calls Self 1 (the teller) and Self 2 (the doer). The problem arises when in its effort to control the outcome, Self 1 becomes a destructive, critical inner-voice that just gets in the way. Gallwey explains how in tennis it is possible to “approach the unthinking spontaneity of the leopard”, but how that requires quietening the mind — specifically the self-critical part.

“Quietening the mind means less thinking, calculating, judging, worrying, fearing, hoping, trying, regretting, controlling, jittering or distracting. The mind is still when it is totally here and now, in perfect oneness with the action and the actor.”

Keeping your inner-critic silent is then a big part of the art of not forcing. Of finding what Mihaly Csikszentmihalyi would call a state of Flow.

All of this interests me greatly as a student of music and of life more generally. For, the tendency of the mind to force and strive shows itself to me in different realms. And, it is precisely noticing the tendency to want to control that lies at the heart of acting without force, whether in singing or everyday life. Because if we don’t recognise when we are caught in a vicious cycle of self-criticism, how can we get out of the way?

Practising a particular art form is in some sense more contained, because there are very specific things that the mind needs to focus on, but otherwise remain silent. For example, in music it would be focusing on the structure of rhythm and tonality. All other mental intervention would be extraneous tension. Self 2 (the doer) will take care of the rest, including expressive feeling, if it is simply allowed to do so!

Art of not forcing in life

Matters can become a little bit trickier when we generalise wu wei to all of life. Even so, it is still very much about noticing how we get in our own way. So, rather than trying to definitively answer such questions as ‘what is happiness’ or ‘what is meaning’, it is far more fruitful to observe when you are unhappy and what you find meaningless.

The question which naturally arises then is: What keeps you stuck in such a place? Why keep doing things that bring you unhappiness, or that you find meaningless? Often, there is an inner voice within, whispering that you should do certain things or should be a certain way. A voice that defines your worth in relation to all kinds of arbitrary achievements — perhaps picked-up from childhood or popular culture. Achievements that you bend yourself out of shape trying to reach, while berating yourself for not having reached them already .

This inner voice pressures and forces you, as it constantly looks to a future that it desperately wants to control. Control, with the hope of someday feeling good enough when you achieve whatever you have settled on as ‘important’. What all this amounts to is living based on a very partial and arbitrary narrative of self — the ego. And, it’s this distorted self-image that we so often cling to.

But, your ego’s story of yourself is really only an idea of what you believe you ought to be. For, no words or achievements can ever account for the infinite extent of your being. Yet, your story of self can so easily trap you in a mental prison, making you believe it is all that you are. A prison built using a story of what you think you should, or shouldn’t, be, rather than who you already are. As one Zen master put it:

“Our nature itself remains pure. The sun and the moon are always shining. It is only due to cloud cover that there is light above but darkness below and we can’t see the sun, moon or stars. Then suddenly the wind of wisdom comes along and blows the clouds and drives the fog away, and a panorama of ten thousand images appears all at once.”

The more you see this within yourself, the more you begin to let go of striving to prove anything —and action without force beings to automatically emerge.

Art of not forcing is about walking lightly, not flying

Our minds can introduce force and inner tension at any moment, sometimes out of nowhere. This is simply what it does. It is perhaps the price we pay for everything else it offers us. By noticing your inner voice of tension however, you allow yourself the opportunity to free yourself from its weight. To more effortlessly flow through things, whether that is engaging in a particular craft or life more generally.

The art of not forcing is thus both more effective and more liberating than modernity’s forced striving. And, it is something that you can practise for as long as you live.