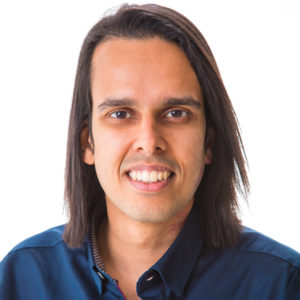 I have always been interested in what it means to be human in our world. Questions of life and death often filled my mind as a boy growing up in Sri Lanka. I would sometimes close my eyes and imagine falling through the cosmos, wondering what the meaning of life was. Then as a teenager, I became obsessed by the question of what made economically rich countries, rich, and poor countries, poor. Soon, I came to England to read Economics at the University of Cambridge.

My greatest insight was into how little we really knew. Economic development seemed to have two sides — policy and regulation; and the actual doing of business. So, after dabbling with the idea of becoming an academic, I eventually joined Morgan Stanley’s infrastructure private equity fund. What better way to understand the doing of business than to be in the thick of it.

Investing in and managing companies is quite technical, but it is also very much an art and a people business. For nearly a decade, I worked in close partnership with management teams of FTSE 250-equivalent private companies at both the board and operational levels. If I had hoped to be in the thick of things, then buying and managing billion dollar companies didn’t disappoint. I was involved in creating and driving business plans in extremely intense environments. And, that called for understanding not just the numbers, but the people involved and their worlds.

So, over the years, I began to see the different pressures on people. Pressures from both within the workplace and outside of it, and how they intertwined. Slowly, I became much more attuned to the risks of ‘burnout’. And, I started to pay much more attention to my overall wellbeing.

Music has always been a source of great inspiration to me. And, I began to spend more and more time playing the guitar, a long-time passion, even with my very demanding job. Jamming was a cathartic process that gave me a real expressive freedom. Around this time, I also became very interested in Chinese martial arts and took up kung fu. I was drawn by how its graceful flow also had within it such power. Kung fu also meant that my not very athletic self could get some exercise! I may not have made much progress with my athleticism in the end, but what I began to see over the years are the connections between music, martial arts and meaningful living. It is very much about accessing an inner state of authentic expression.

Executive and Life Coaching in London

After nearly a decade, I left finance in 2015 to work as an executive and life coach based in London, and to pursue my musical interests. I wanted to devote myself to disciplines that placed my own wellbeing and the wellbeing of others at their core. I suppose this is where my heart really was even as a child. The child that wondered what life was all about. Coaching, for me, is a means through which I can use my diverse experiences to support people to make the best of themselves. I feel that I bring something unique by combining a deep interest in personal development and wellbeing with a real understanding of the business world.

I believe that personal change can be quick. Often, all that it takes is the will to look more deeply into yourself and your environment. It is for this reason that I believe in the power of coaching. I offer executive, career and life coaching in London, across a range of different areas.