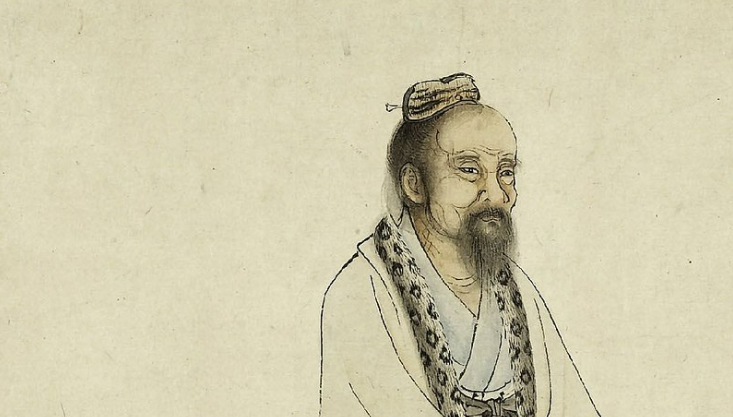 Transcript of my talk, “Chuang Tzu to Alan Watts — Reflections on Eastern Philosophy“.  Given at the Mandarin Club on 17th December 2020, on the special brew of thought that is Chan Buddhism.

My interest in Eastern Philosophy, and other philosophies, stems from trying to make sense of the complexity of life in modernity. From asking how I can skilfully navigate a world so full of noise. This interest in not academic, say in the way a historian or philologist would approach things. I am only sharting my own perspective from having engaged with these ideas over the years.

Buddhism and its different schools, of which Chan Buddhism or Chinese Zen is one, is what we might call a philosophy of liberation, along with other traditions such as Taoism and Vedanta (Indian). These ways of liberation are fundamentally different to dualistic theisms. How so?

Monotheisms are dualistic in the sense that they are in some shape or form characterised by a battle between light and dark, good and evil. Something that goes all the way back to Zoroastrianism. And, in less stringent forms further back to civilisations such as ancient Egypt.  For example, in the struggles between Seth and Horus.

Liberation or moksha (Sanskrit) from maya is a common theme in Indian and Eastern philosophical traditions.

And, what is maya?

Maya is the web of arbitrary distinctions and delineations — narratives and symbols — created by humans to categorise and observe the world. Delineations which do not actually exist in nature. Delineations that can become a source of frustration when we do not realise that they are merely arbitrary conventions.

So, liberation is about seeing through maya. Not just intellectually, but experiencing it in your bones, so to speak.

I view all these different ways of liberation whether Taoist, Buddhist or Vedantic as all pointing to the same thing. An an inner experience of relating to and being in the world. An inner experience that is rooted in recognising the non-dual nature of all phenomenon. One that is beyond good and evil.  Of course, each way has its own flavour and angle in how it tries to enable liberation. The goal however is the same. At least, that is how I experience it.

One of the key features of philosophies of liberation is arriving at the truth by negating or excluding what is not. Indeed, this via-negativa approach is also found in certain theological traditions such as the apophatic Christian tradition of St. Dionysius the Areopagite (1st century), which emphasises union with God by removing all that is not-God — through Unknowing (agnosia).

Moving on to Taoism — Taoist ideas have been around probably since at least the 5th and 6th centuries BC. The central theme of Taoism is one of naturalness, being in accord with nature and flowing with the Tao. And, the Tao itself is undefinable though it is sometimes referred to as the Absolute or Ultimate Reality as a kind of shorthand, even though it is itself beyond words.

The 20th century philosopher and teacher of ways of liberation, Alan Watts, can help us get a sense for what Tao is. Or, at least for what it is NOT.

“It must be clear from the start that Tao cannot be understood as “God” in the sense of the ruler, monarch, commander, architect, and maker of the universe. The image of the military and political overlord, or of a creator external to nature, has no place in the idea of Tao. [ ]…The Tao is the ultimate reality and energy of the universe, the Ground of being and nonbeing”

Considering the last few words of Watt’s quote — “the ground of being and nonbeing” — this points to the non-duality that I mentioned before.  Recognising the non-dual nature of all existence is in essence about seeing that you cannot have up without down. Or, in without out, self without other, good without evil.

At root this is a very simple idea — yet it has profound implications.

We can get an idea of how the early Taoists grappled with non-duality from the book of Chuang Tzu. Chuang Tzu is estimated to have lived around the 4th century BC. Probably a century or so after the legendary figure, Lao Tzu, who supposedly produced the equally legendary work of the Tao Te Ching.

Of course, this is echoing the yin-yang principle which was probably embedded in Chinese culture long before Chuang Tzu. The yin-yang principle is about the interdependence of opposing forces. For example, hard and soft are mutually arising and they depend on each other. In Chinese martial arts, an extreme yang attack, hard and forcefully, is best diffused with extreme Yin, soft and fluid. Extreme Yang against Yang would be far less effective and even cause injury.

So, a deep recognition of the relational nature of all phenomenon is in a sense what it means to flow with the Tao. And the image of water is often used to represent the Tao:

“The highest good is water,
for the good of water is that it nourishes everything without striving.” 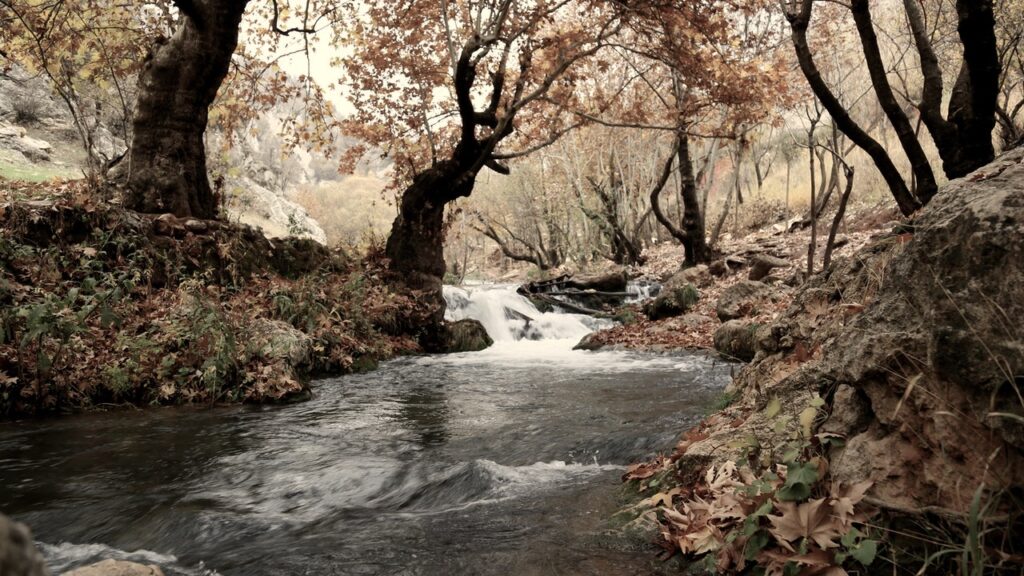 Being like water manifests in the idea of Wu Wei in Taoist philosophy— literally translated, “non-action”. The intended meaning is closer to “action without force” or “action without contrivance”.

Describing how a person embodying Wu Wei might be, Chuang Tzu notes:

“His forehead beams with simplicity. He is cold as the autumn and warm as the spring, for his joy and anger occur as naturally as the four seasons”.

Once again, we see the emphasis on naturalness and being in accord with nature.

So, Taoism and also Confucianism were the backdrop against which Buddhism took root in China. A quick word on Confucianism — it is very much concerned with “conventional knowledge” (as opposed to Absolute knowledge). Knowledge of ‘this and that’, rites and rituals and it is almost the antithesis of the Taoist way.

Continuing on to the emergence of Buddhism in China, Buddhist sutras were being translated into Chinese around the 4th century. And, Chan Buddhism flourished during the Tang Dynasty period 7th – 10th centuries. The fusion of Taoism and Indian Buddhism produced a remarkable philosophy — Chan.

But, first a word on Indian Buddhism:

Gautama, the Buddha is said to have lived and taught in what is today India/Nepal in the 5th century BC. The philosophical traditions around at the time had the flavour of abstract thought — quite analytical and even technical. Buddhism inherited some of this too, at least in the way it was passed down over the centuries. It is said that there were 40 something competing schools during Gautama’s time and analytical debates were common amongst these schools.

If Taoism is enigmatic due to its directness and perhaps says too little, Indian Buddhism is probably at the other end of the spectrum — abstract and analytical. At least, that is how I experience the two.

Indian Buddhism, both the Theravada and Mahayana traditions, have much more to say about the mind and how to approach the mind. So, Indian Buddhism has a huge psychological focus to it.

So, the special brew that is Chan Buddhism is a kind of sweet spot that blends the naturalness and directness of Taoism with the analytical detail of Indian Buddhism.

To give you an idea of the analytical thrust of Indian Buddhism, here’s an extract from the Theravada Mahasatipattana Sutra (The Discourse of the Establishing of Mindfulness):

DT Suzuki, the Japanese scholar of many books on Zen, believes that Chan could not have flourished in an abstract thinking culture such as ancient India, where the Brahmin tradition had a huge emphasis on monasticism and such things as celibacy. Apparently, the Chinese people objected to monks depending on lay people to feed them and also to their celibacy — because who will perform their ancestral rituals! Suzuki puts these objections down to the Chinese being “eminently practical”.

For example, Chan masters would frequently toil in hard labour with their students, different to the stricter monastic hierarchies seen in India. Indeed, Chan, which means “meditation” came into its own as a way of liberation through the teachings of an illiterate son of a farmer — Huineng, who lived in the 7th century.

Indian Buddhist traditions have a significant emphasis on meditation —dhyana (Sanskrit). Guatama himself is said to have sat in meditation for several hours under a tree before his awakening. Thus meditation, even today, is viewed as key to liberation. I grew-up in a culturally Theravada Buddhist setting in Sri Lanka where meditation is heavily emphasised. And, I have always wondered about its professed fundamental, almost axiomatic, necessity.

Even Japanese Zen today with its heavy focus on Za Zen, or sitting meditation, may be at risk of elevating form above substance. Obsessing over the finger that points to the moon at the expense of seeing the moon.

Meditation may certainly help, and may help some practitioners more than others, but how important is it?

Chan (Chinese) or Zen (from the Japanese pronunciation of Chan), takes its name from the Sanskrit, dhyana. Despite the name however, Huineng warned about the dangers of clinging to meditation.

So, Huineng’s Chan teachings are about “direct pointing and sudden awaking”, rather than arduous meditation and slow, stage-by-stage development. His focus was on intuitive wisdom, pranjna, into the relational nature of all things as the gateway to awakening. In fact, Huineng when to great lengths to explain that pranjna, intuitive wisdom, and dhyana, meditation, are one and the same. This represented a key emphasis in Chan Buddhist thinking.

The seed of sudden awakening was undoubtedly already present in Indian Buddhism, particularly in the Mahayana tradition. The seed just found perfect conditions for growth in 7th century China.

The Taoist influence of naturalness, Wu Wei, also enters Chan with idea of Wu Nien or No-mind. Wu Nien does not refer to being like a mad man that has lost his faculties — rather it refers to the nature of the mind that is un-self-conscious and that works freely without the ego mind’s constant interference.

Through all this, Taoist influence brought a kind of directness to the Chan tradition.

For example. asked what the Tao is, Chan master Matsu replied by saying: “Your ordinary consciousness is the Tao”. Contrast this simple statement with the analysis in the Theravada Discourse of the Establishing of Mindfulness, we noted.

Chan Buddhism is a unique flavour

So, in conclusion, ways of liberation such as Taoism tend to emphasis the non-dual nature of all existence and being in harmony with Tao (Oneness). Indian Buddhism comes at it from slightly the other side.  It focuses on the illusion of separateness born of the ego mind. The ego mind that seeks to dominate and control the world that it feels apart from. Both point to the same place — the falsity of separateness between knower and known, subject and object, this and that.

Chan Buddhism represents a unique flavour in having blended these two quite beautifully!

Liberation in Chan Buddhism can be sudden and within immediate reach, if only we allowed ourselves to see how we are already in harmony with Tao:

I will close with a quote from Huineng that speaks to this:

“Our nature itself remains pure. The sun and the moon are always shining. It is only due to cloud cover that there is light above but darkness below and we can’t see the sun, moon or stars. Then suddenly the wind of wisdom comes along and blows the clouds and drives the fog away, and a panorama of ten thousand images appears all at once.”

Thank you for listening.