Trickster behind the Drama Triangle 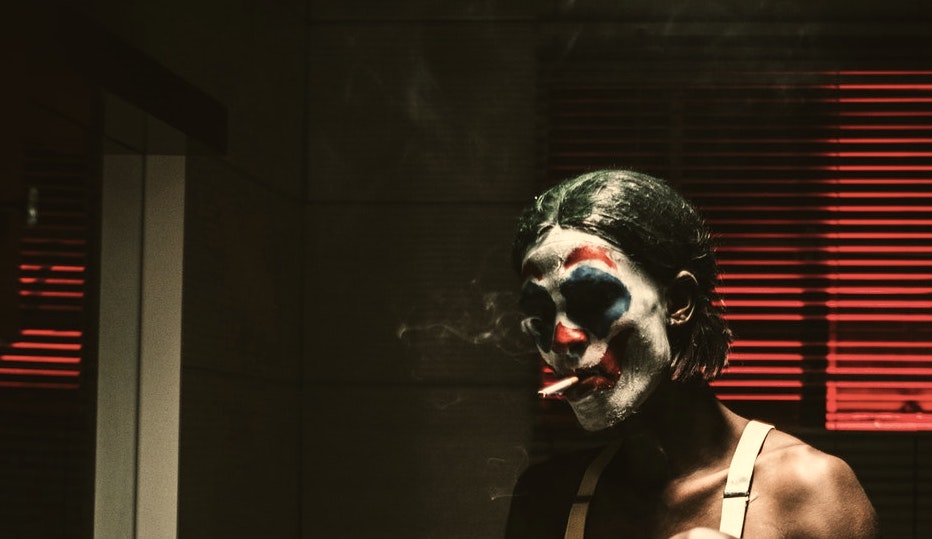 When people discuss Karpman’s Drama Triangle, they often forget the role of the Trickster, or Mothaf****r, as I like to call him. Many are familiar with the possibility of personal and professional relationships involving the mutually reinforcing roles of Victim, Persecutor and Rescuer. Yet, we miss the all-important Trickster behind the Drama Triangle. The Trickster, who in Karpman’s own words, “created the game and moved the players around”.

The original drama triangle sets out three roles: the Victim, Persecutor and Rescuer (see figure below). The Victim spends more time complaining about matters than actually looking for solutions and options. The Persecutor, ‘bad guy’, reinforces the Victim’s helplessness through personal attacks. And, the Rescuer compulsively intervenes, often without being asked to, and sometimes without having the means to help.

Of course, human dramas are never one dimensional and it is quite common for role switching to happen. Someone may start out as the Persecutor during an interaction, only to switch to playing the Victim. So, the possibilities are endless, and this post is about noticing the hidden Trickster.

Trickster behind the Drama Triangle

The Trickster stands apart from these three roles. He is in a sense the manipulator and puppet master, the orchestrator of the game. His influence will vary from situation to situation, but we must always be mindful of his presence.

What’s more, the role of the Trickster is quite easily played by an algorithm or faceless institution in modernity. It does not have to be a specific person or group of persons. 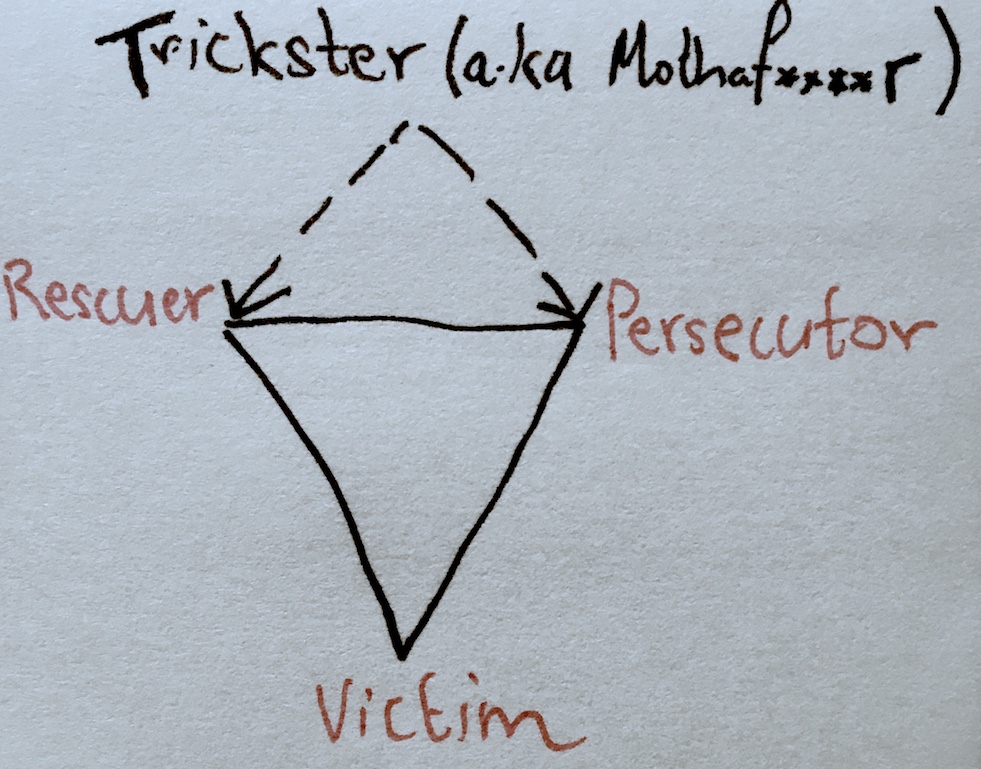 The reality is that the Trickster may be ANY external influence that provokes drama. For example, just think of social media algorithms that keep increasing the intensity of the types of content you consume. The algorithm is constantly radicalising you for/against whatever group or idea you identify for/against.

It can easily provoke feelings of victimhood and hostility towards others. So, we may spend our entire lives unconsciously being led from one thing to another, victims in the Trickster’s game.

And, everyone is a victim when the Trickster is at work. The drama triangle unfolds, but he who gains remains in the shadows. What is scarier is that there is perhaps nobody that gains. Algorithms and faceless organisations can take on lives of their own, such that they serve nobody. Not even the people who are supposedly in charge. Luckily, we do not have to be passive victims here.  We can exercise our own agency and will.

Breaking free begins with really waking up to what is going. Understanding not only the dynamics of the world, but your own feelings and reactions to these. For, they are two sides of the same coin. The more that you get in touch with yourself and know yourself, the less likely that even the most skilled mothaf***r will be able to manipulate you.