Too fast to handle 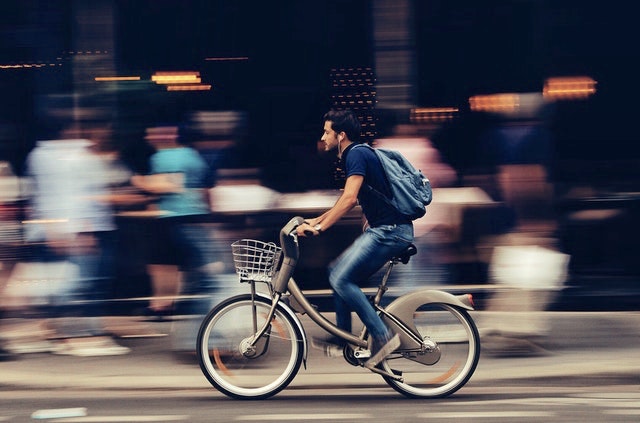 The pace of modern life is fast. Hardly anyone would disagree with this. What is far less appreciated is that the pace is actually getting measurably faster! And, such acceleration means that when we do fall, we fall harder.

In his phenomenal work, the physicist Geoffrey West discovered how socio-economic activity scales super-linearly with city size. Meaning that as the rate of growth of population doubles, the growth of activity per capita more than doubles. He found that universal scaling laws (called power laws) predict a great many things from GDP and innovation, to crime and disease. All of which increase in the same proportions on a per capita basis as cities increase in size. West very aptly describes scale as producing “the good, bad and ugly”.

The driver behind all this is of course human networks — community formation and information exchange that is nurtured within cities. Human activity that feeds on itself, increasing faster and faster as city size grows. Commerce is transacted more rapidly, businesses are born and die more quickly, diseases spread quicker and people even walk faster!

Average walking speeds have been found to almost double when moving from small towns with a few thousand people to cities of over a million. The same phenomenon is observed with telephone calls, where the number of telephone interactions per person was found to more than double when moving from a small town of approximately 5,000 people to one with half a million people. And, that’s excluding all the one-off spam calls received in the larger city!

Is it really a surprise that anxiety and panic attacks are on the rise?

What all this means is that we have to take extra care of our individual well-being in modern, urban environments.  And, this starts with noticing how you feel in your day-to-day. What is the pace of your life and what impact is it having on you? Has the pace been increasing for you? What can you do to counteract it?

What Coronavirus has shown us is despite our vast material progress, we have in a sense only been running faster and faster just to stand still. Fearing pausing the economy even for a few weeks in order to heal from a pandemic. The accelerating pace of city life is part of the difficulty, a strong tide that pulls us all,  but we do have choice in the matter.

We do not have to be unconsciously sucked into it. We can decide to actively slow down, to notice our ways of life and ask what really matters? Actually, we really need to do so.

Otherwise, the pandemic would have taught us nothing.