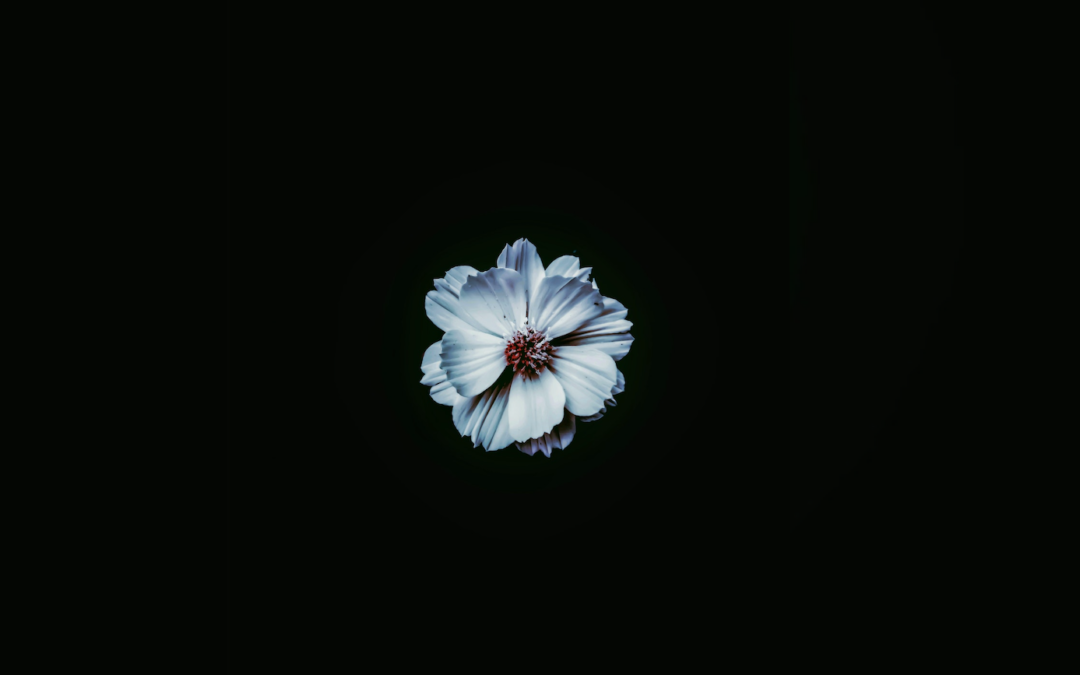 “I am not creative” is something that I often hear people in non-artistic fields say. Yet, our species is inherently creative — to be human is to be creative. What’s more, we cannot put limits on creativity either. An unquantifiable intelligence, seemingly arising out of nothing — creativity is limitless. And, it is perhaps a quality that all life expresses in some form. The key then lies in understanding exactly how we block our inherent creative potential.

Statements like “I am not creative” point to the sad reality that creativity is generally beaten out of us. If the child was once brimming with creativity, mechanical ways of schooling, working and living have obscured it. So, creativity has become something we must uncover — like wiping away dust that dulls the glow of a light bulb.

Luckily, this means that it still lives within us by virtue of being human. For something to be dulled, it must first exist! Even in our dulled states, just consider the novel solutions to various, everyday problems that we all manage to find.

Creativity is limitless and it comes out of nothing

It’s difficult to say in positive terms what creativity is. A bit like beauty, truth and goodness, it’s hard to pin down. Yet, it is very real and we usually recognise it when we experience it.

Creative insight involves something of seeing things in a totally new light, as if for the first time. So, in a sense, it’s a unique, unquantifiable intelligence that comes out of nothing — an act of creation! You may flesh out further details based on an initial creative insight — but the insight itself is novel, of unknown origin. Even Einstein acknowledged the role of initial insight in his ground-breaking theory that involved much working out and refinement.

So, there is little value in trying to say much about something that is fundamentally unknown, or to make comparisons. Yet, even amongst so-called creative individuals (such as artists), I hear such statements as “I am not as creative as this or that person”. My immediate reaction is always to think — “well, how sure are you?” For, it’s not really possible to conclude things about the extent of creativity. Creativity is by its very nature novel, and has the quality of being infinite. We must thus consider the possibility that creativity is limitless! And, to make comparisons about it is rather meaningless.

Rather than ask what creativity exactly is, or how much of it you have, it’s more fruitful to ask what blocks it within you. And the very thought “I am not creative” reveals the source of the blockage.

To understand how we block creativity, we must consider the very nature of thought and how our minds work through language. We use language — words, pictures and numbers — to represent things and ideas. Through their constant usage, we form habitual ways of thinking about and relating to the world and ourselves. Habitual ways that may be triggered by particular words or other symbols because they have come to be associated together over time. Think of the words, “father”, “work”, “flower” or “wall”. Each will produce a complex movement in the mind. Even a seemingly mundane word like “wall” can trigger all manner of feelings from safety and security to separation and imprisonment.

So, language calls-up habitual ways of thinking and feeling about the world in a somewhat mechanical way. Some of these will be so engrained that they form deep, hidden beliefs — ways of thinking and relating that are so automatic that we don’t even notice them. So, a word or picture is not merely used to symbolise something — it triggers memories and beliefs that affect how you experience the very thing that the word is symbolising! Such that we can ask if you are actually experiencing the “flower” as it is, or through the filter of your conditioned experience?

On the validity of beliefs

Certain conditioned beliefs are very fundamental to do with physical reality itself. For example, expecting the floor to push against your feet when you step on it. And, we need such beliefs to live and organise daily affairs. Other beliefs do not have the same validity — such as the idea that you can only find happiness through career achievements. Or, the idea that you are not a creative person because you don’t paint. These beliefs act in the same way as our belief about walking, but their validity is in question.

Consider that if you did not implicitly expect a resistance from the ground, you would not be able to walk. The expectation makes walking possible. So, it is with other things. The mind believes and expects something, say happiness, so you behave in a certain way — perhaps by chasing career success or other status achievements. Our beliefs and expectations thus work in a mechanical way when they are triggered. The idea is to become aware of this subtle process. 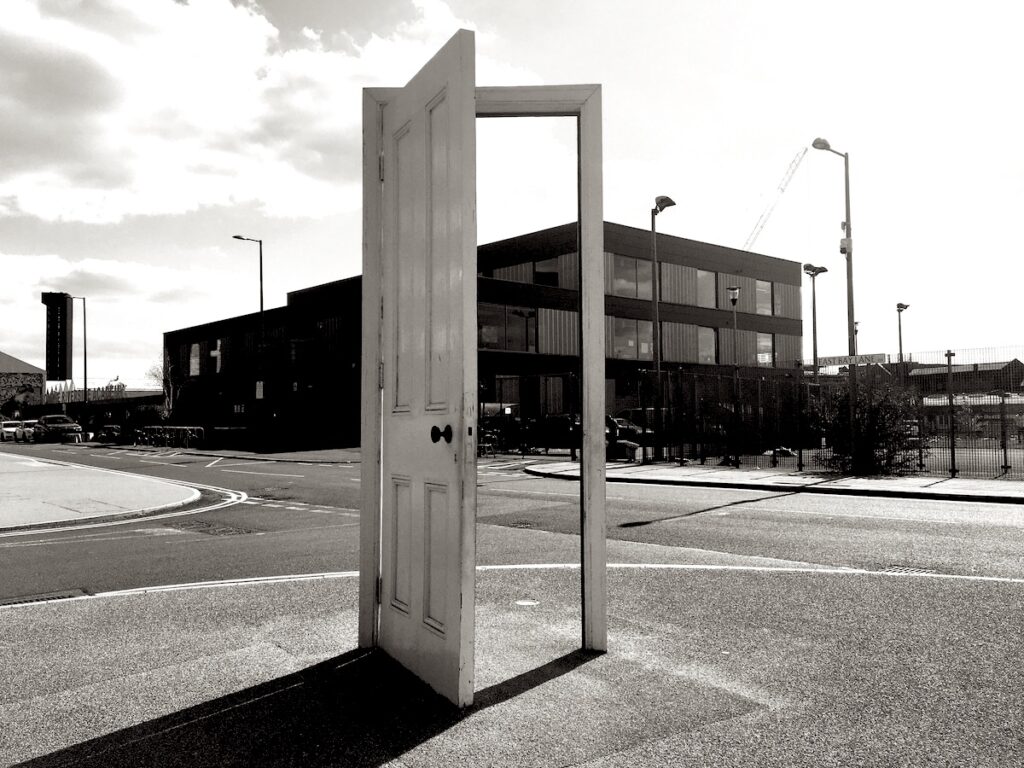 The key here is to notice how your experience is hugely determined by reflexive ways of thinking and feeling that you are yet unaware of. And, this goes to the very nature of thought in its mind-body interaction. It’s a process of immense subtlety that creates the illusion that you are a passive receiver. That your thoughts and feelings are merely responding, rather than actively shaping your experience.

The thing to notice then is how your reflexive beliefs determine your experience of the world. Every time you engage with a person, thing or idea — your mind is heavily involved in influencing your reality. In a sense, the person, thing or idea is not separate to your mind that encounters it. It’s as if you were extending your hand to pick up an apple. You ‘extend’ your mind to experience something. It is a very real movement, but we do not realise this.

The nature of the mind is such that it clings to the certainty of fixed patterns because of the safety and control it feels. These fixed patterns are like a mechanical-arms extended by our minds. And, much of the time they work fine, as with predictable matters like walking. The problems arise when we rely on this mechanical way of encountering the world so much that we forget how to allow creative insight when necessary! We forget that it is possible to allow the light to shine through. We become stuck in a dulled state.

Creativity is about noticing this mechanical process and allowing ourselves to let go of fixed ideas. For, even ideas that are valid in one context, may be invalid in another! And, these fixed ideas are perhaps most dangerous when they relate to your self-image. You may fall into the trap of trying to control some illusory idea of whom you think you should be. An illusory idea based on a fixed, mechanical image, rather than one that is open to limitless creative intelligence.

Reinforced by our modern ways of living obsessed with control, we may cripple ourselves with anxiety and self-doubt. Because we try to apply the same mechanical control we wield over the physical environment to an illusory idea of the self.

Creativity is limitless, so is confidence

If creativity is limitless, we can access it by letting go of fixed, mechanical patterns. By becoming open to the unknown — to the infinite wellspring of insight. A creative state could easily be described as a confident state — open, trusting in the process, and unafraid of the unknown. In the same way that creativity arises by letting-go of pre-ordained ideas of what should be, self-confidence arises by relinquishing control over whom you should be.

Creativity, confidence, beauty and goodness are thus all closely connected. They seem to come out of a novel, unquantifiable intelligence. As theoretical physicist, David Bohm, put it, the deep source of this intelligence is “the unknown and indefinable totality from which all perception originates.”