The ego and self 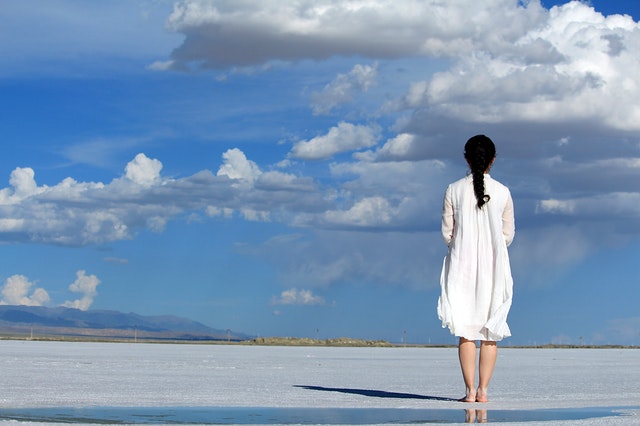 “Who am I? What is this idea of self that I hold?” Your sense of self can so easily become confused with the ego. It is the ego that creates limiting beliefs around who- you-are and how you should behave. It is the ego that defines you as this and as that, as it desperately seeks validation from all manner of things. In short, it is the ego that keeps us stuck in a place of insecurity and inner tension. But, what or who exactly is this ego that we seem to be attributing so much trickery to?

The ego is born of our ability for complex thought, what might be called an emergent phenomenon of the mind. And, it is linked to that feeling of there being a little person in your head, somewhere in between the ears, directing the movie of your life. However, it is not this basic physical feeling per se that is the ego. Rather, it is the voice of insecurity and fear that craves validation, which becomes strongly identified with this little person in your head. A voice that desperately seeks to confirm its self- worth. To prove that I really am ‘good enough’. There is then an important distinction to be made between

(i) Orientation of self, say as felt in between the ears, and;

What the ego is, and is not

The latter, the insecure narrative of self or ego, mistakes this point of orientation for a fixed, soul-like entity that needs to prove its self- worth. And, that is an altogether different ball game. Because as soon as a fixed “I” is established, the feeling of life itself changes from a mutually arising process of organism-connecting-with-environment, to one where this I is battling against an external world that is separate to it. “An isolated ego in a bag of skin”, as the 20th century philosopher Alan Watts very aptly notes. An isolated ego striving for control and validation in a hostile world.

So, the feeling becomes one of an ego puppet master sitting inside your head, pulling the strings of your body in order to control and dominate your environment. Though we might play this ego game, it is a very dangerous one. Precisely, because we do not realise that it is truly a game.

Because the ego feels that there is something to be gotten out of life, something to be proved or achieved. Something to be strived for and reached. Therefore, it engages in matters very seriously, with furrowed brow and earnest toil, battling against the outside world as if it were a foe to be conquered. Not realising that the human organism is as much part of the fabric of the world that it is trying to battle, such that it is only really fighting itself.

Achieving anything is really only of any use to those who are already able to enjoy some sense of contentment today. Those who are able to appreciate the wonder of the human experience in its infinite variations. Those who appreciate that the human experience itself is part of the entire realm of nature, such that you have value by your very existence! Such that there is nowhere to get to and nothing to prove.