Evolution, economics and your phone 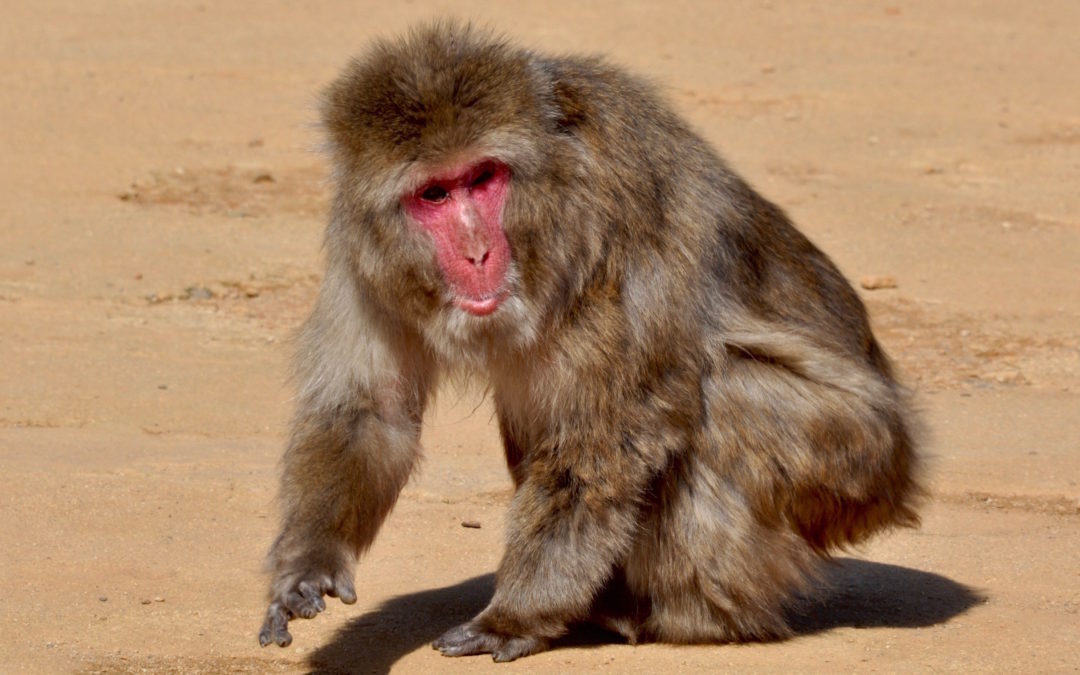 You might think that you are fully in control of your everyday decisions. Fully conscious of the choices that you make in how you live. The reality is probably quite far from this. We are a complex species living in an increasingly complex world. As such, our behaviours are a product of the interplay between biological and socioeconomic complexity. Complexity multiplied by complexity producing uber-complexity! Complexity that involves the interaction of the forces of (i) human evolution, (ii) modern capitalism and (iii) the media. An unholy trinity that has dramatic implications for how we live. An unholy trinity that often keeps us unconsciously locked-in constant status seeking behaviour.

We may have made vast technological progress as a species. But, let’s face it, we are really just slightly more intelligent chimpanzees (with nuclear weapons) now dangerously in charge of the planet. And, it is far from clear, at least to me, if our huge technical advances have created a world where Homo Sapiens today live with more fulfilment than our hunter gatherer ancestors did 20,000 years ago.

For example, the Amazonian Pirahã, one of the last remaining hunter gatherer tribes in the world, is known for the joy and contentment with which they live, despite being in one of the harshest environments — the Amazon. The Pirahã do not seem to even have a word for “worry”! They have also been known merrily to dance for days on end (and not as part of any formal ritual), without having any stockpiled food! I am not trying to romanticise their way of life. It has its own challenges. However, even this single example of the Pirahas is sufficient to falsify any claim that humankind is necessarily and automatically better-off today than our technologically less advanced ancestors.

Funnily, our higher intelligence or so called “sapience” might be behind our slightly neurotic nature as a species. Behind the mental suffering and psychological pain that seems increasingly to be a feature of modern human life. Behind the feelings of ‘not being good enough’ that so many of us experience today.

For all our intelligence, we struggle to make sense of the uber-complexity of modernity. Partly because there seems to be so much to make sense of! So many confusing messages at play that we get lost in. When Siddharta Gautama talked about “maya” (Sanskrit) or the “illusions” of this world over two thousand years ago, this is what I believe he was referring to. Not something outlandishly metaphysical as it is sometimes misrepresented. And, perhaps the world today has more “maya” than it ever did?

We may have become so arrogant about our technological progress and intelligence as a species that we have forgotten how we too are subject to deep evolutionary forces. Forces that are behind many of our so called behaviours. Forces operating in the background, hidden in the unconscious, like an app on your computer working away out of sight. Denying their existence is a quick way to mental anguish.

If there is one thing that we must remember, it is that evolution is about survival and reproductive fitness. Not about the quality of the human experience. Not about how contentedly and joyously we live. Traits that allow an organism to better survive and to reproduce will endure overtime. This applies to humankind as it does to birds, cheetahs and earth worms.

The universality of status seeking

Being mammals and primates, we are social beings that like our animal cousins engage in status seeking behaviour. And, this has an evolutionary purpose. Signalling higher status may be the difference between gaining access to food and reproductive opportunities when there is competition in a harsh wilderness. So, in the same way that gorillas beat their chests to indicate dominance and peacocks possess elaborate tails to attract mates, human beings too engage in status seeking behaviour.

The funny thing with humankind is that unlike our animal cousins who behave entirely instinctively through evolutionary habit, we can sort of choose what we pin status too. I say “sort of”, because often we don’t realise when we are caught-up in status seeking behaviour. We have to very deliberately bring our conscious attention to it. The point however is that we do have the mental ability to reflect on our behaviour.  An ability that is quintessentially human.

The reality is that status seeking drives so much of our behaviour. Status seeking can happen through all manner of things, though in modernity it seems to most commonly involve the pursuit of material possessions, power and fame. Our collective behaviour driven by particular kinds of status seeking may run wild.  And, that may be to the detriment of both individual and collective human wellbeing. It may even threaten our very survival as a species.

For example, status seeking centred around consumerism and material accumulation may take us down a dangerous path by what we choose to consume. We may unwittingly end-up producing and acquiring more and more without it doing very much for us. Apart from advance our perceived status that is. To see this more clearly, we have to look at the overall paradigm within which modern life happens. A paradigm that brings together an unholy trinity of evolutionary drivers, economics and the media.

Firstly, we have an economic construct that is designed to enable the creation, production and exchange of all manner of things through a complex system of money, credit and law. Aided by globalised transport and communication networks, the material possibilities seem endless. A Chilean farmer is able to sell his crop to purchase a mobile phone made in China that he uses to speak to his daughter studying in London. International trade and communication — so far, so good.

Next, enter status-seeking tendencies, and what we get is the perfect opportunity for the unscrupulous profiteer to lure consumers to keep wanting more and more and more, without it necessarily giving us sustainable happiness or contentment. And, often at the cost of the environment. It is not enough to simply have a nice mobile phone, we must have the latest one so that we can stay ahead of, or at least keep-up with our peers. And, because these mammalian status-seeking tendencies come so naturally to us, we are often not aware of just how much our behaviour is driven by them.

Of course, status seeking is not just linked to consumerism. Even charitable giving and philanthropy can become a status game. A kind of “I am more moral and righteous than you” game that is much the same as the “I am more rich and powerful than you”, game!

Thirdly, we face a constant barrage of advertising that conditions us to keep wanting more. A sea of highly attractive and visually stimulating messages across multiple media platforms that are purposefully designed to manipulate and exploit our unconscious tendencies. I am always amazed at how powerful these can be. I recently walked out of the cinema wanting to buy a new car after seeing a dazzling car advertisement on the big screen, and I don’t even have a driver’s licence! Not only are we wired to seek status then, we are also brainwashed into thinking that acquiring more is the way to do it.

So, we have our unholy trinity: 1) in-built mammalian status seeking tendencies, 2) an economic construct that is geared towards the production of more, and 3) media conditioning that groom us to consume more and to compete with each other. Three interconnected and interacting elements that have the potential to take us towards not only mental health problems, but also ecological disaster.

The human condition seems very peculiar to me. At one level we are subject to the same evolutionary forces and instinctive behaviours that our animal cousins are, yet we also possess the gift of complex thought. A gift that allows us to self-reflect and very consciously choose our ways of life. Our animal cousins don’t have this gift (or curse!) – they just get on with things according to their nature. They are perfectly spontaneous in the way that they live. Sometimes, I feel like mother nature is playing a terrible joke on us humans.

If evolution has given us certain unconscious tendencies, it has also given us the ability to become aware of these tendencies.  The ability to not be slaves to them. Particularly if they create psychological suffering and pain through the ways of living we have designed for ourselves. So, we have the ability to both change our world and to change how we relate to our world. But, that requires waking-up and opening your eyes. Really wide.

It is only by waking up to the forces at play in our lives, both biological and socioeconomic that we can empower ourselves with real choice. And, this involves very actively cultivating a deeper understanding of both your inner and outer worlds. Without such self-understanding you are much more likely to be non-consciously manipulated by all manner of things. Non-consciously caught-up in a web of complexity that keeps you stuck in a place of psychological tension and suffering. Often, without you realising it!

By daring to take a deeper look, you give yourself real agency. Agency that comes through a deeper understanding of presenting reality. It is only through effort and deeper understanding that we can hope to navigate the uber-complexity of modernity. It’s time to wake up to the different forces at play in your life.

Harsha is an executive and life coach based in London. He empowers people to find more clarity, confidence and focus in their lives. Find out more about Harsha’s work