On being led astray 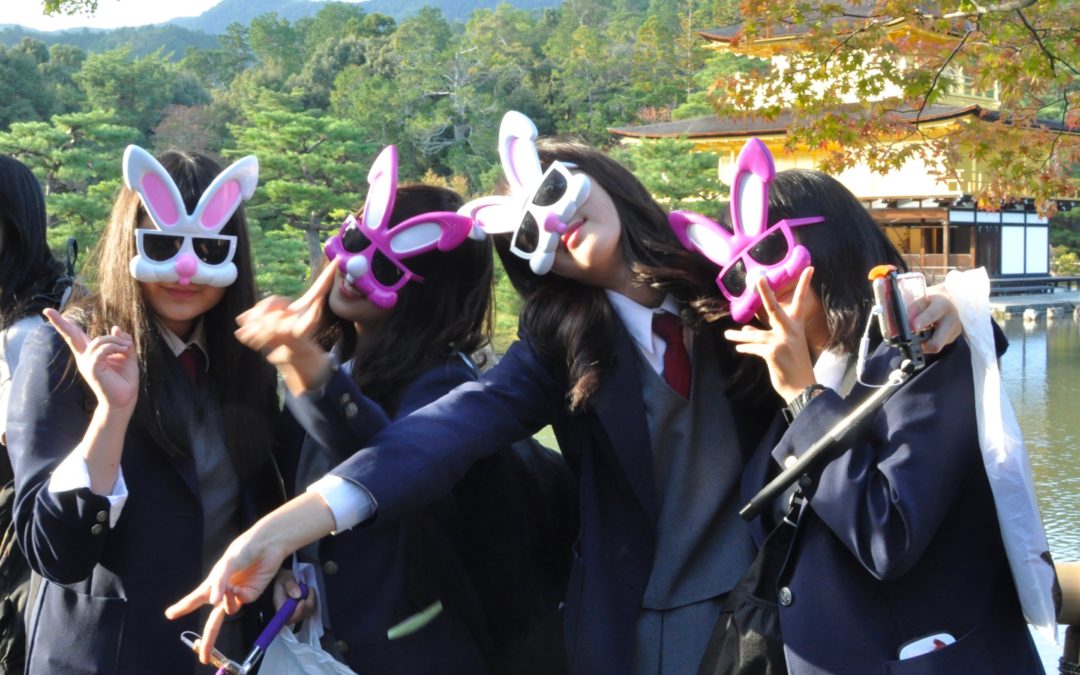 I was travelling around Japan recently, en route to a popular shrine. Along with the other tourists on the bus, I noticed a few uniform-clad Japanese middle schoolers going to the same place. Interestingly, they were travelling without an adult and appeared quite confident with their maps and smart phones.

So, we followed them off the bus. We, the foreign tourists, had all independently decided it was a safe bet to follow the local kids. After all, they must know where they are going! The middle schoolers went in an odd direction, but we still followed them, ignoring our own maps. Only after several minutes did we embarrassingly realise that the kids had taken a wrong turn. They had made a mistake and despite the warning signs, we continued to follow them because we assumed that they must know the way.

While slightly comical in that instance, the experience reminded me of the dangers of following the crowd. The collective behaviour of the tourists also highlights something else: how we can very easily become victims of the halo effect.

Our behaviour there was influenced by two cognitive biases (i) herd mentality and (ii) the halo effect.

Unsurprisingly, herd mentality has evolutionary roots. It allows us to validate the sensibility of our actions by reference to a peer group — the herd. This can be very useful at times, for example, when trying to establish the safety of drinking water at a particular location. It can however also be very dangerous and lead us astray.

Our brains are great at providing quick and often very useful approximate solutions to everyday decisions. The problems arise when these decisions have major consequences. Through an awareness of our human tendencies we can first observe when we generate approximate solutions — like following the crowd — and then establish if indeed these are the most appropriate and effective actions.

Awareness requires bringing ourselves out of passivity and into a more generally alert mental state. We can often get away with being a bit lazy, but when the stakes are high being more aware can positively influence fundamental decisions around how we choose to live.

It is now easy to see how the tourists led each other astray. But that is not the whole story. We were all also victims of the halo effect.

The halo effect describes the tendency to like (or dislike) everything about a person or group, including things we have not observed.

In my little story, the fact that the middle schoolers were Japanese had a disproportionate effect on the tourists readiness to assume that they would know the way. Their being locals cast a halo on our assessment of their map reading skills.

The halo effect also explains why first impressions can influence our judgement of people and situations. For example, if someone comes across confident during a first meeting, we might be tempted to make assumptions about their management skills when in fact we know nothing about these.

The halo effect shows us that the sequence In which we observe information about a person or thing matters. Since this is mostly down to chance, it is up to us to use our awareness of the halo effect to minimise our tendency to be disproportionately influenced by what we see first.

Herd behaviour and the halo effect explain a a lot of what goes on in our lives everyday. By being aware of when we might be under the influence of these biases, we can equip ourselves to make more effective decisions in everything we do. It is awareness then that is key.

So, the next time you find yourself following the crowd or making a quick judgement based on a first impression, ask yourself — what information am I really basing my assessment on?