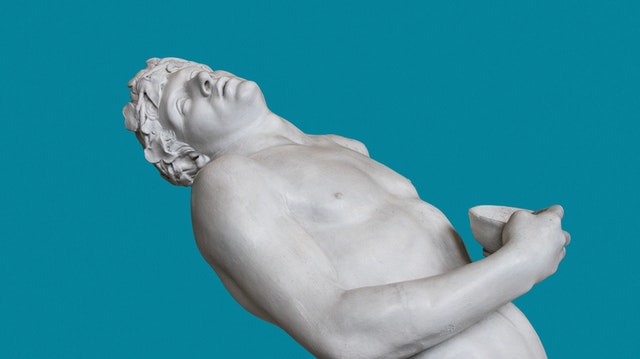 The Me! Me! Me! cult of individualism is the apogee of modernity. We have abandoned traditions, religion and community in favour of dollar bills and the individual right to be whatever we want! Not that traditions and religion are all inherently good. I’m sure that we are very pleased to see the back of some old practices. Nevertheless, tradition and religion provided some firm ground, safe harbour from rough seas. Individual freedom likewise is highly desirable, as long as it does not become the snake that eats its own tail.

The atomistic individualism of modernity bolstered by modern capitalism has created a vacuum of sorts. A gaping hole of nothingness to be filled with rampant consumerism — the accumulation of more, more and more aimed at upholding the idea of ME, ME, ME. Desperately, we seek with all our might to prove that we really are worth something and not failures. Because, we doubt our self-worth so very much.

The sad truth is that trying to find happiness through ‘more’ on some arbitrary mountain top is a pipe dream. Like the pot of gold at the end of the rainbow, it is never to be found. Rootless and groundless we are adrift in an age of abundance and technological miracles, but not really knowing who we are. Not really daring to ask how our selfishness and self-obsession create suffering. Suffering not just within ourselves, but for those around us.

Beyond the cult of individualism

Whatever their potential difficulties, religion and traditions still imbued people with a sense of union, a togetherness and perhaps a cosmic sense of being connected to something magical. But, modernity has replaced all this with the singular and sterile idea of MORE and ME. Without really asking what ‘more’ is for. Without really understanding who this self that we obsess over really is.

For a deeper enquiry into the nature of self leads to the inescapable realisation that we are each a fractal of the entire realm of nature. Like a bird, a tree or a kangaroo. Such that we have nothing to prove and nobody to fail because we have inherent value in our very existence! Such that to seek to fight and dominate another, is really only to fight against oneself.

Courage to look within

We killed religion, we killed tradition, we killed community — we now worship ourselves. We worship an elusive idea of progress pinned to growth and status with the cult of individualism at its centre. But, it isn’t working, yet we can’t turn back time either. So, we must now find a deeper sense of connection to our fellow humans and to all that is nature.

If the world seems to be unravelling, perhaps it also  provides an opportunity to delve into fundamental questions about life, reality and what it means to be human in our world. And, that starts with each one of us having the courage and compassion to look at ourselves. To look into our own hearts and minds.