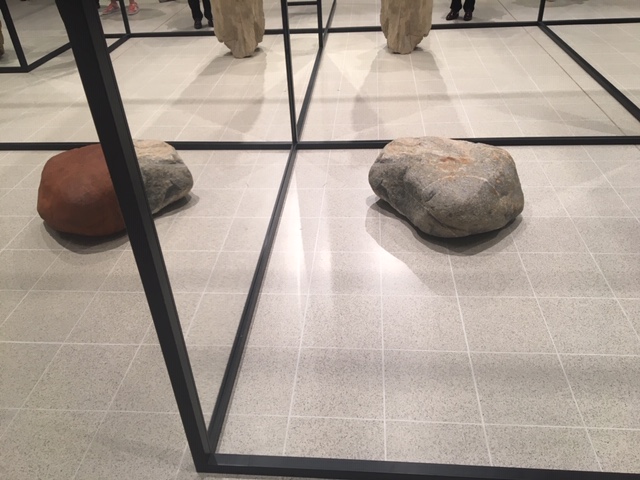 Something struck me during an exhibition that was about spatial perspective. Nearly all the artwork relied on the viewer moving in relation to them, in order to produce an effect. It is movement that enabled the change of perspective — a reframing. Subtle shifts that revealed something yet unseen. But, only because each point of observation, whereever you stood, offered a powerful initial frame.

And, the same principle can often be useful in life and work, particularly when you feel stuck with a difficult problem.

Perspective can only really shift in relation to something. So, in order to reframe, you need to first know where you are now. To understand very clearly your current approach to the question or problem. It becomes first about framing, before you reframe.

Framing is about being as clear as is possible on where you stand and what exactly your chosen line of attack is. What elements and considerations are involved. And, in seeking such clarity, you are more likely to become aware of what you have not taken into account, and of possible alternatives. Because in defining what-something-is with extreme clarity, it makes more obvious what that something is not. What is missing and left out.

You can then experiment with reframing from such a place of deeper understanding. The more clearly that you feel the nature of the problem, the more that even the subtlest shift can reveal something new. Because you have a very clear sense of how that shift is different to where you were standing just before. Just like with the art work.

The experimental shift could be more radical too. In coaching, I sometimes ask how it might be to try the exact opposite of what is in question. Often, that opens-up all sorts of possibilities. Because in order to see an “opposite” you have to define the current position, its context and characteristics, quite clearly.

And, even if an “opposite” does not exist, merely asking yourself the question might shift something. Because really, the question itself is secondary. It is the possibilities it might open that are more important.

So, the next time you feel stuck with something. Ask yourself: How clearly have I framed the problem? Do I have a strong understanding of where I am and what I am doing?

And, from such a position, reframing becomes far more powerful.