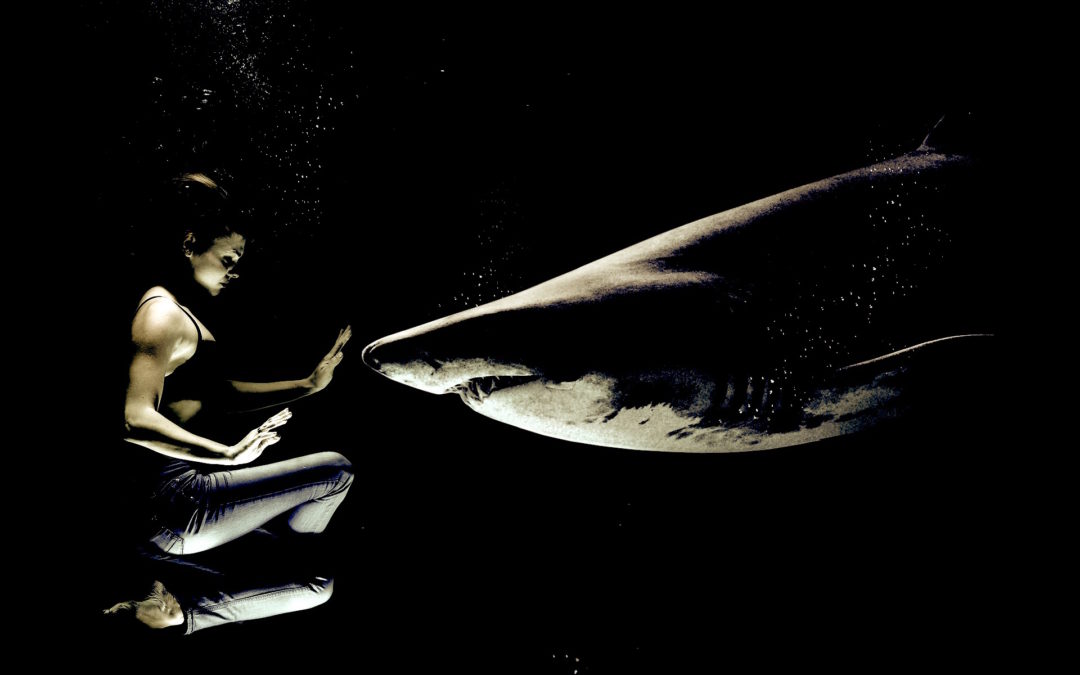 Someone recently asked me how to be just, in an unjust world. They were referring to the cut-throat and ultra-competitive behaviour that is so often found in the commercial world. Where mere participation seems like having to enter a shark tank. A funny image came to mind as I was reflecting on this: What if you could be a vegan shark?

Fair question. I’ll try and explain. The problem with the metaphorical shark tank is that you are most likely going to be eaten if you are not a shark. So, this begs the question, how do I play the game if I cannot even survive?

An ordinary shark in our (business) shark tank, is going to pounce on anything at the first sign of blood.  Using its acute senses to prey on weakness and to maintain its dominance. A vegan shark, on the other hand, possesses the same acute senses and hunting skills, but has made a conscious choice not to prey on others.

There is a difference between possessing something (skills, talents, power, responsibility) and how you decide to use it. A bit like a knife. A vegan shark uses its acute senses not to step on others, but to read the waters carefully and to really know what is going on. To ask: What are the motivations and (hidden) agendas of others? What is the most likely tactical play? How can I prepare myself?

A deep awareness of your waters means that you are much less likely to be caught off-guard by cut-throat behaviour. Because you are already fully aware of it. Because you deeply see and acknowledge it as the reality of the game you have chosen to play.

It is a choice

The essential characteristic of a vegan shark is that they have chosen to not prey on others. They still possess powerful jaws that could be used if someone really tried to hurt them. But, like with any developed skill, true mastery usually involves coming from a place of peace and calm.

There is a huge difference between threatening to bite back from a place of compassion versus a place of anger. In one, the mind is calm and acknowledging of the harshness and even sadness of the situation. In the other, mental violence and inner turmoil have taken over.

Swimming in a shark tank is never easy. But, it does not mean that you have to become something that goes against who you are. It is possible to develop great commercial skill, assertiveness and confidence, and to use these in a way that is fair. In a way that serves the entire ecosystem, and not just yourself.

It is a path of self-empowerment that allows you to navigate the most difficult waters in a way that is true to who you are.

Is it your time to be a vegan shark?

Harsha is an executive and life coach based in London. He empowers people to find more clarity, confidence and focus in their lives. Find out more about Harsha’s work.